Who is Joël Robuchon

Joël Robuchon International has inherited the precious legacy of Joël Robuchon. Our mission is clear, to steadfastly uphold his core beliefs of excellence, simplicity and consistency in every culinary endeavour. Over the years, Joël Robuchon mentored many chefs. Today these chefs remain the banner men of his legacy. Today we continue to offer favourite dishes, whilst developing new concepts, innovative products and the creation of an Institute International Joël Robuchon (cookery school). Joël Robuchon was born in Poitiers in 1945. He started his culinary career at the tender age of 15, and by the 1970’s, in Paris, had already gained a reputation as a highly accomplished but ‘rebel chef’ by bucking the trends of minimalism in commonplace nouvelle cuisine and returning to hearty dishes executed to perfection. Critics described eating his famed mashed potato as an ‘emotional’ experience. Having built up a long list of Michelin stars and accolades, at the age of 51, he shocked the culinary world, by announcing his retirement to allow him to spend time with his family and travel the world. He discovered Asia and fell in love with Japanese culture and traditions. Several years later he returned to being a restaurateur, introducing a refreshing, accessible concept L’atelier, which housed the Japanese dining counter for European food, allowing sociable dining of the highest quality without the pomp and ceremony. Joël Robuchon died in 2018. He was the most Michelin starred chef, holding a world record of 32 stars in 2016. 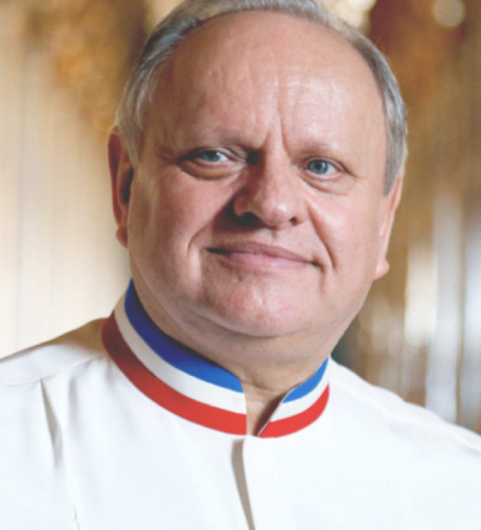 You can find out more about which cookies we are using or switch them off in settings.

This website uses cookies so that we can provide you with the best user experience possible. Cookie information is stored in your browser and performs functions such as recognising you when you return to our website and helping our team to understand which sections of the website you find most interesting and useful.To find out more, read our Privacy Policy.

Strictly Necessary Cookie should be enabled at all times so that we can save your preferences for cookie settings.

If you disable this cookie, we will not be able to save your preferences. This means that every time you visit this website you will need to enable or disable cookies again.

Please enable Strictly Necessary Cookies first so that we can save your preferences!